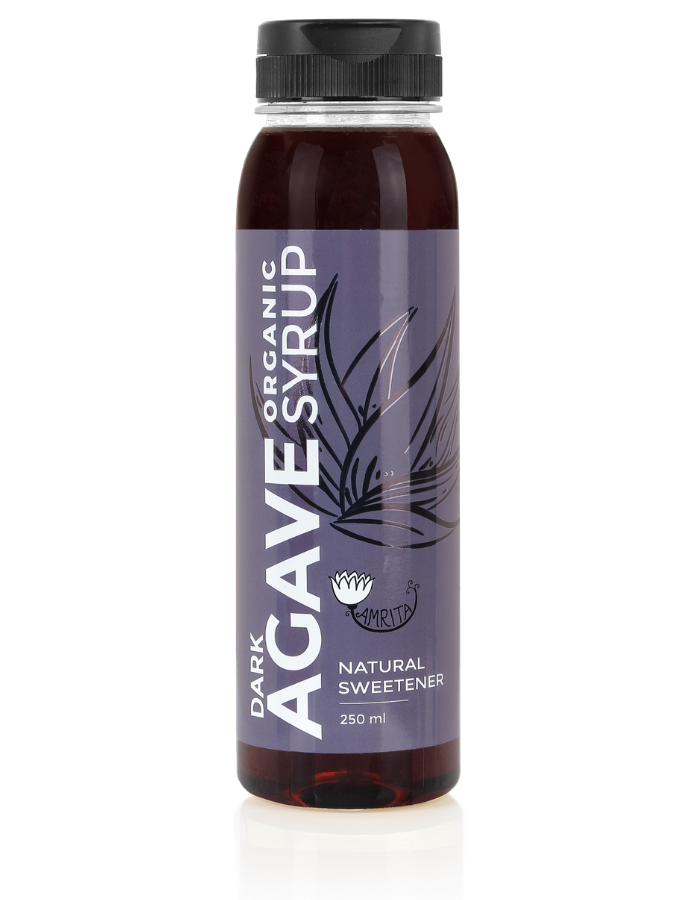 The darker Agave syrup are filtered less, and the solids left in the syrup make for a stronger nectar with a flavor sometimes compared to maple syrup. This agave syrup has stronger caramel notes and imparts a distinct flavor to dishes. The dark version is unfiltered and therefore contains a higher concentration of the agave plant's minerals.